What is the best way to get revenge on bullies from your former High School? Ask Valerie Dodds aka “Val Midwest” from Lincoln, Nebraska!

To get back at students who mocked her after news spread that she has started her own personal adult website, the 19-year-old paid a visit to her old Catholic school and stripped her clothes off in a special tribute dedicated to her haters letting them know she won’t stop the hustle!

Dodds initially visited the school over Mother’s Day weekend, taking a series of naked photos before receiving a ticket for trespassing and public nudity.

In response, the young lady made a second visit in broad daylight, this time covered by pasties and panties. The law left her alone this time around, stating that she wasn’t breaking the law but Dodds says she won’t stop there! 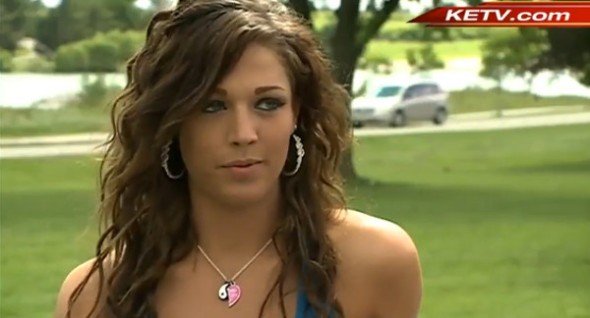